Adam Kay on elf and safety on the wards at Christmas 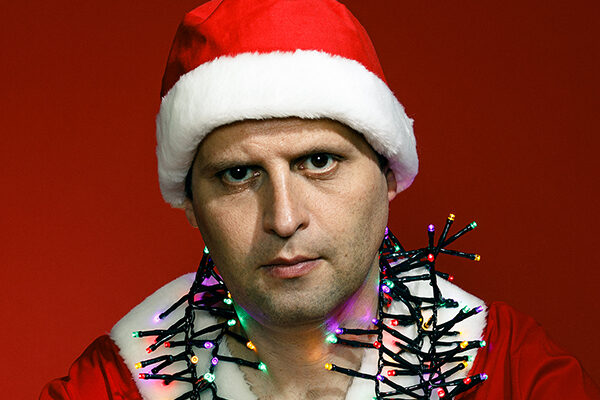 The run-up to Christmas can be hectic, from last-minute gift buying to meeting those work deadlines and of course, getting home in one piece after the Christmas party. The one thing most of us can count on is spending Christmas Day at home with our families.

But that’s far from guaranteed for people working in the NHS. In fact, working in the NHS has its own unique set of Christmas crises, as Adam Kay (author of This is Going to Hurt, the secret diaries of a junior doctor), shows in his latest book.

Twas The Nightshift Before Christmas is a compilation of Adam’s favourite festive diary entries from his time as a junior doctor. He gives readers a peek behind the blue curtain into what happens in hospitals at Christmastime: spending the most wonderful time of the year removing babies – and baubles – from wherever they may have got stuck.

Not only does his latest book touch on the acts of heroism that so often go unnoticed, like the 1.4 million NHS workers who head into work and leave their families at home on Christmas Day, it also touches on the darker side of Christmas. ‘Nanny dumping’, for example, is the surprisingly common practice of families dropping their older relatives in A&E on Christmas Eve, with vague descriptions of what could be wrong, to pick them up the day after Boxing Day.

Similar to This is Going to Hurt, the darker entries are broken up with some joyful stories, and those so bizarre, so disgusting, you’ll be working out the physics of them for weeks after.

Adam will be hoping this second book repeats the success of his first, which has sold over 1.5 million copies and was number one on Sunday Times for a record-breaking 52 weeks. After 276 pages of hilarious, shocking, and sometimes downright disgusting anecdotes in This is Going to Hurt, Adam finishes with a diary entry that would be his last as a doctor.

"Honestly, I thought I would be taking six or 12 months out from being a doctor, I would have a bit of a go at comedy, then I would end up back on the ward in some other capacity."

He recalls a harrowing event on a labour ward, which was so perfectly written that you can feel the heartbreak in his words, and it was at this moment, Adam explains, that he realised medicine was no longer for him.

The ending is a real-life cliffhanger, so when I got the chance to interview Adam about his new book, I first just wanted to check he was okay.

“In the immediate aftermath, and for a few months afterwards, I wasn’t really up for doing anything,” he tells me. “It was quite a traumatic experience and I needed a bit of time to recover.”

After a well-deserved break, Adam decided to try something completely different – comedy.

Adam admits that he thought that comedy would only be a phase. “Honestly, I thought I would be taking six or 12 months out from being a doctor, I would have a bit of a go at comedy, then I would end up back on the ward in some other capacity.

“The first thing I delved into was stand-up comedy, but it was less fun than I thought it would be. Stand-up comedy is basically a driving job. You drive somewhere 155 miles away, do a gig for a quarter of an hour, and then drive back. It’s mostly a job that’s on Thursdays, Fridays and Saturdays and exclusively in the evenings – the most anti-social times.

“I used all that spare time to write for the telly. I got very lucky, I got a few boosts up from people I am hugely grateful to because it’s an industry where someone needs to give you your first credit.” 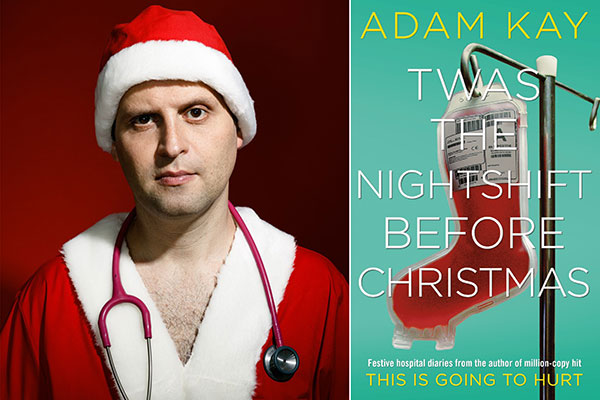 Falling into his big break

Despite having left medicine, it was his time as a doctor that led Adam to the biggest break of his current career.

“When the junior doctors went on strike and weren’t doing very well at getting their side of the story across, I decided to read from my diary when I performed at the Edinburgh Fringe Festival.”

“Through extraordinary luck, someone from a publisher, who is now my editor, came along randomly to my show. They said to me: ‘Oh wow, how much have you got of this? This could be a book!’

“And now, writing books is my biggest single thing, which isn’t a totally unfamiliar story with freelancers. You think you are specialising in one thing, and some little thing you do ends up being your big thing.”

Freelancers face the same problems, best-selling author or not

Life has changed drastically for Adam since he turned to writing. “No matter how stressful life gets, how busy I am, it’s not life and death. The stakes are zero once you’ve been a doctor on a labour ward,” the former gynaecologist says.

Adam goes on to add: “There’s a culture in publishing where you do a lot of stuff for your love of the art, but if I do events for free as someone with clout, what chance do authors who are just starting out have? So, I only play festivals that pay everyone, and I won’t sit on all-male panels, for example. If people with a bit of clout don’t do it, then stuff will never change.”

It’s clear that Adam has a fairly demanding schedule. Not only is he launching a new book, but he is also writing the BBC adaptation of This is Going to Hurt. I remarked that he is keeping busy, to which, with his characteristically dry style, he replied: “There’s a lot going on, but then again it’s a lot quieter than being a junior doctor, so it’s not too bad.”

So, how similar is the adaptation to the book?

“It’s not done yet, so things can still change, but I have expanded it so it’s a world full of characters. At the same time, I can’t break the law or confidentiality, so I have to fictionalise certain things as I don’t want to go to prison. I’ve avoided going to prison so far with the books, and I don’t want to fall at the final hurdle and end up behind bars because of the TV show.”

“I still have every single card that I had from patients and their family. I’ve thrown out so much stuff in my life – but I will never throw those away."

In Twas The Nightshift Before Christmas, Adam explains his and his partner’s families’ bizarre Christmas traditions, such as variety box cereal for breakfast. So, I was intrigued to find out what Christmas looks like now he is not extracting babies, baubles or other items on the festive day.

“This year should be different though. I have plans to go away over Christmas because, as my husband works in the same industry, it’s difficult for him to take time off. But Christmas is a time where nobody works in the television industry, so we are able to go away.”

However, he does admit that he can’t promise he won’t be working.

In the more immediate future, Adam says the plan is for the new year to be quieter. “But that’s always the plan isn’t it?” he laughs. “I don’t think I’ve ever had a month in my freelance existence where I’ve thought: ‘That’s the exact right amount of work.’”

How can we help?

To finish, Adam explains how we can help those working for the NHS this Christmas: “If you have ever used the NHS, just send them a card or a packet of biscuits, because it will make a huge difference.

“I still have every single card that I had from patients and their family. I’ve thrown out so much stuff in my life – but I will never throw those away.

“On a personal level, the NHS employs 1.5 million people. The maths of it means all of us know at least one person who works in the NHS. Looking out for them will make a difference.”

Adam Kay will be touring the UK with a new live show also called Twas the Nightshift Before Christmas. Details and further information can be found here