Brexit: One thing is certain and that’s uncertainty 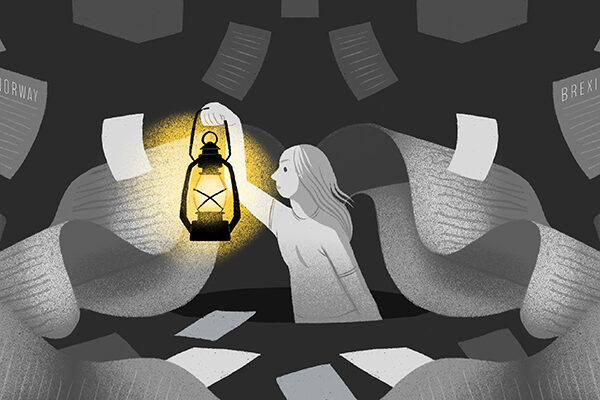 Brexit will affect freelancers, 28 per cent of whom travel to the EU for work. What is certain is that a deal that sidelines independent professions will undoutedly be a bad deal.

You may have thought that all that could be said about Brexit had already been said. Of all the ink spilt on the subject over the last two years though, the focus has often been on political gossip or technical detail – who’s angling to be the next Conservative leader or what Michel Barnier thinks of the Irish backstop.

With Article 50 fast approaching at the end of March, we urgently need to turn our minds to more practical matters. As a self-employed person, will I be able to travel freely and take up contracts in Europe post-Brexit? What kind of future trade agreement is in the best interests of the UK’s 4.8 million self-employed? What would no deal really mean for me?

The second of these questions is one that IPSE, The Association of Independent Professionals and the Self-Employed, has looked at closely.

The self-employed sector is frustrated with Brexit

In December, IPSE surveyed 666 self-employed people asking them what they wanted out of Brexit and their views on the government’s approach. The results revealed a high degree of frustration, with 60 per cent saying the deal the Prime Minister has negotiated would be bad for their business and 64 per cent said that leaving the EU without a deal would also hit their business.

One reason why the self-employed are worried is because the government’s approach offers little for the services sector – large manufacturers and exporters are far happier as her deal provides for a ‘common rulebook’ for goods, keeping their sectors closely aligned to European markets. 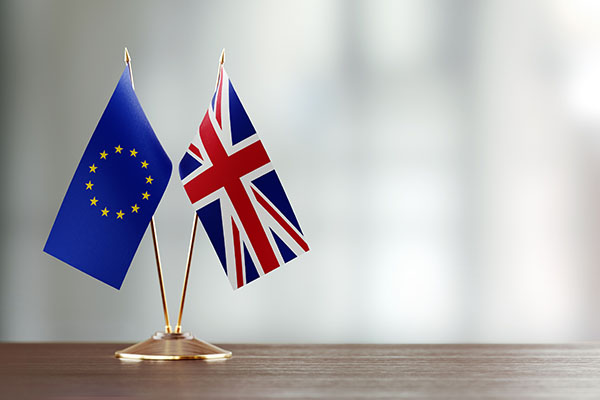 The single market is a priority for the self-employed

A deal that offers more to the UK’s services sector is therefore vital. For the same reason, many are concerned about the prospect of leaving the EU with no deal. Most economists believe a no deal scenario could create significant disruption to trade and travel, with knock- on effects on prices and availability. Freelancers tend to be the ‘canary in the coalmine’ – the first to feel the impact of economic changes due to the ease with which they can be hired and fired.

One possible short-term benefit for independent professionals could be that in such a period of flux, businesses may look to take on more contingent labour in order to get them through such a turbulent time.

But the long-term effects are likely to be more concerning. Some businesses may look to relocate to remain in the single market and create EU subsidiaries – regardless of the outcome of the negotiations. This could become more widespread depending on the severity of the economic disruption.

If the UK leaves the EU without a deal, the UK, however, would have greater freedom to negotiate trade deals with other major markets around the world, such as the United States. This could open up opportunities for freelancers to work overseas by reducing visa restrictions, but trade deals tend to take a long time to finalise so this won’t be a benefit freelancers see anytime soon.

Freelancers working in the EU

IPSE’s survey found that 28 per cent of independent professionals had travelled to the EU to work in the previous 12 months, and a similar number ‘thought ensuring free movement of UK citizens across the EU’ should be the main priority as we establish our future relationship with the EU.

As with so much else, at present there is no certainty on this issue – it will all be the subject of future negotiations with the EU. If we do leave with a deal, however, nothing will change for the duration of the transition period which is planned to end in December 2020.

This is a very tricky issue for the government, as it is keen to be seen to be tough on restricting immigration while also not wanting to reduce opportunities for UK freelancers to work abroad. In what is likely to be a reciprocal arrangement, this is an extremely difficult balancing act.

Andy Chamberlain, IPSE’s deputy head of policy, said: “We have been in discussions with government officials around what type of system would work for freelancers who want to work in the EU.

“In particular, we have emphasised that any system cannot be overly bureaucratic or time-consuming, as UK-based independent professionals will quickly become unattractive to EU clients if there is a long waiting period or admin burden for the client.”

The political atmosphere is very febrile at present, and no doubt much will have changed since I wrote this piece. The voice of the UK’s 4.8 million self-employed cannot be frozen out of this debate, however – a deal that sidelines our services sector and doesn’t allow for the UK’s skilled independent professionals to work in the EU will undoubtedly be a bad deal.