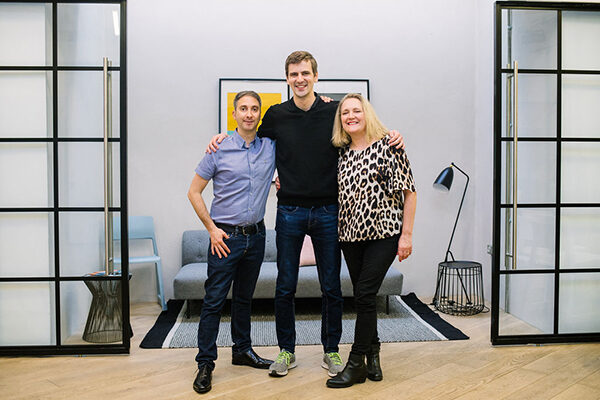 The Freelance Project of the Year award celebrates the most successful, creative, or inspirational projects undertaken by freelancers across the UK.

The Association of Independent Professionals and the Self-Employed (IPSE) have announced this year’s shortlist for the award. The finalists are a diverse group of professionals who have gone above-and-beyond to deliver exciting projects.

The winner will be announced at the Freelancer of the Year Awards ceremony at Kings’ Place in London on 13 June 2018.

Olivier is an award-winning artist who has been involved in successful projects including a public art event with Grand Central Birmingham. He specialises in hand-drawn multi-coloured art and creates stencil graffiti art, mixed media arts, time-lapse videos and photography.

Much of Olivier’s art reflects what it means to be a deaf artist, but he also produces non deaf-related art, patterns and colours. His work is influenced by the world of art, digital media, travel and everyday issues. One of his key aims is sharing his love of art with mainstream communities.

Inna Lazareva is a British freelance journalist. She began her career in 2013 covering the Israeli-Palestinian conflict for The Daily Telegraph, The Sunday Times, TIME magazine and others. In 2016, she moved to Cameroon and has been reporting from around Africa for the Thomson Reuters Foundation, The Guardian, Washington Post, Newsweek, The Economist and other outlets. Over the past year, she has reported from nine countries, including South Sudan, Central African Republic, Cameroon’s Far North and northern Uganda.

In her eight-month long investigation into the harmful practice of breast ironing published in January 2019, she exposed that the African ritualistic ‘tradition’ which harms girls under the guise of protecting them, also takes place in the UK. Her work led to questions tabled in parliament, more victims coming forward and government reacting by vowing to confront the practice.

Duncan Cowles is a BAFTA Scotland award-winning documentary filmmaker whose short films ‘The Lady with the Lamp’, ‘Radio Silence’, ‘Directed by Tweedie’, ‘Isabella’, ‘Alexithymia’, ’Taking Stock’ and ‘Just Agree Then’ have been selected for various film festivals in Scotland and internationally.

Marina Gask has been self-employed for 12 years as a journalist, blogger and copywriter. A BSME award-winning editor of teen mag Sugar, she also edited More! and Top Sante and held senior positions at Glamour, SHE and Cosmopolitan.