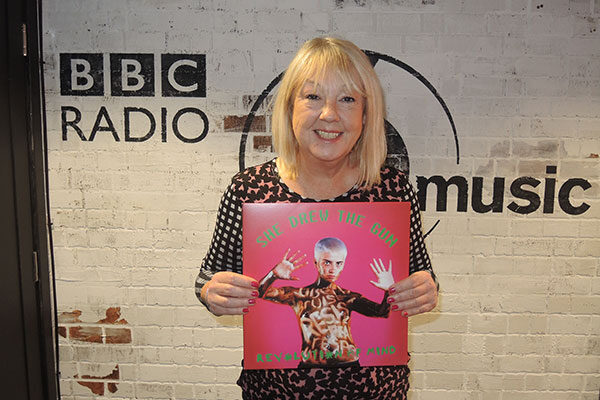 Liz Kershaw is a self-employed music presenter on BBC Radio 6. She is part of the BBC Presenters Group, who have been taking on the BBC over its handling of the changes to IR35 and claims it wrongly forced them to take their pay through personal service companies.

Towards the end of last year, Liz wrote an article for the Daily Express in which she argued that the risks from IR35 and HMRC tax-grabs aren’t limited to freelance presenters: they extend to all self-employed people. She warned: “The chaos at the BBC is a taste of what’s to come for private businesses. It is the start of a slippery slope towards disaster. Be afraid. Be very afraid…”

Freelance Corner caught up with Liz to find out more about how freelancers have been affected by this tax scandal.

How have you been involved in the BBC presenter tax scandal?

I’m not someone who’s been directly affected by the changes to IR35: I’ve just helped people. Really, I felt I’d been lied to for eight years about the whole issue of being engaged as a freelancer.

I first registered as a sole trader in 1988 and have been working at the BBC as a freelancer since then. Then in 2010, I was suddenly told – as were hundreds of other people – that I could only continue to broadcast if I set up a personal service company.

I was told it was an HMRC requirement, but I didn’t believe that, so I took advice that convinced me it wasn’t. But I initially caved in because of other issues at the BBC at the time – and set up a personal service company anyway. I wanted to be inside the tent.

But then I thought: “This is absolute rubbish.” So, I refused to continue working like that and scrapped the personal service company. Because of that, I wasn’t paid for six months!

So, what happened at the end of that?

At the end of that, they basically got in a bit of a flap and just said: “Okay, you can go back to being a self-employed sole trader.” But I kept all the correspondence – because that’s what I’m like – including BBC emails and letters telling me it was mandatory. They said it was a requirement not only of the BBC but also HMRC, and that if I didn’t do it, I couldn’t keep working for the BBC.

Someone I knew asked if I could use the correspondence to help the BBC Presenters Group. So, I joined and shared it with them. Then I contacted Damian Collins, the chair of the Department for Digital, Culture, Media and Sport select committee (DCMS), with it. He wanted copies of it immediately, then called me and three colleagues in front of the committee in March.

The thing is, I wasn’t one of these people who was paid millions and gave themselves a loan while the rest of the money stayed in their company and so was taxed less. I wanted to take out all my income and I did, so I actually paid more tax. And all the while I was doing that, I was gathering evidence to show that we were being lied to. I was left wondering what it was all about.

What kind of impact has this had on the presenters involved?

What the BBC did [when the changes to IR35 came in] was pay an amount to HMRC on behalf of its self-employed presenters. But then it started deducting it from their pay packets. So, when people looked at their wage slips at the end of the month, they often found they simply hadn’t been paid.

There was one case I remember where a single mother with two kids said: “This Friday I got no pay for a month’s work: how am I supposed to feed my kids this weekend? I’ve got nothing in the bank.”

I think it was an enormous cock-up all round. It’s easier to go after the little man.

Who do you ultimately blame for all of this?

I think it was an enormous cock-up all round. I can understand the rationale behind the IR35 legislation to some extent. I don’t totally agree with it though, because this country needs its self-employed, its flexible workers and its entrepreneurs. And I think this is ultimately a way of clawing tax from them. Because, as I said in my article, it’s harder to go after multinationals like Amazon: it’s easier to go after the little man.

I think the BBC management at the time that IR35 was first introduced are culpable for a knee-jerk reaction to it. And as usual, they thought they could make up their own rules to handle it – to protect the BBC without worrying about the people in the shop window who most of the public think of as the BBC.

Their attitude since has caused such distress, hardship and bad feeling it’s unbelievable. I don’t necessarily blame the current management, although they don’t seem to have a clear strategy. But it’s not them who developed this situation – it’s the previous BBC executive board.

You said at the end your Express article: the rest of the self-employed should “be afraid – very afraid.” Why is that?

Well, why wouldn’t this [the changes to IR35] be spread out to them? I’m sure it’s a matter of record that HMRC decided to start on the public sector first – put its own shop in order first. But it’s already said it’s spreading it out to the rest of the broadcast industry. And it’s already looking at the NHS.

Why would anybody who’s set up as a sole trader or self-employed not be looked at? Why would they not feel the hand of HMRC on their shoulder saying “’scuse me mate – are you really self-employed? Don’t you go to that address every week at the same time for the same number of hours?”

And actually, in this budget, which I included in my piece, they said that’s their mission statement: to get £3.1 billion from the self-employed.

Do you think HMRC and the broader government fail to see the value of the self-employed?

I don’t think they considered the value to the economy of the self-employed. I think they just saw them as people from whom they could get tax at source if they weren’t self-employed. And that would be a more guaranteed revenue stream for them.

Giving evidence to the DCMS (Digital, Culture, Media and Sport) Select Committee, Paul Lewis, host of BBC Radio 4’s Money Box, said: “This isn’t the story of wellpaid presenters trading through companies to avoid tax. This is the story of the BBC forcing hundreds of presenters to form companies and treat them as freelancers.” In evidence given to the committee before the Select Committee session, an anonymous presenter also said she had tried to kill herself because of the stress caused by the employment arrangements. At the last Budget, Chancellor Philip Hammond announced the changes to IR35 would be extended from the public sector to large businesses in the private sector in April 2020.