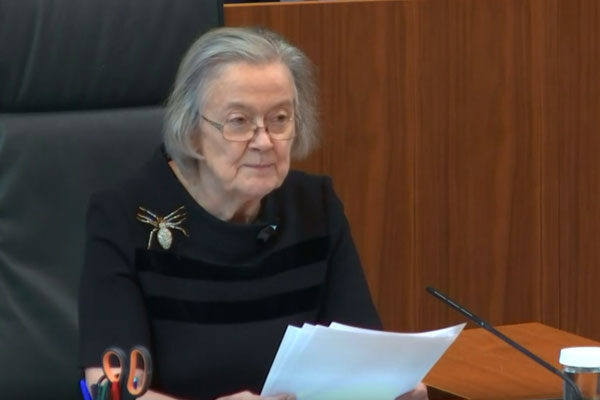 Politics reporter at The Independent

Brexit flowcharts have become a common feature on the political pages of UK newspapers of late. Offering dozens of scenarios with an array of conclusions, they often provide a glimpse into just how complex British politics has become.

Recent end states have included the country leaving the EU with a deal, without a deal, the government requesting a January 2020 negotiating extension, Boris Johnson resigning, Jeremy Corbyn becoming caretaker prime minister, and voters deciding which political party to cast their ballot for at a general election. The uncertainty is unprecedented, and this is all billed before 31 October.

Take last week: Westminster was deserted of MPs as 11 justices at the Supreme Court deliberated on whether it was unlawful for Boris Johnson to suspend parliament in the midst of deadlocked negotiations with Brussels. But now, MPs are packing their bags and heading back to the Commons after the court’s extraordinary ruling against the government.

It is no surprise then that viewers have seemingly abandoned Netflix for Parliament TV to witness the latest chaotic twists and turns in the Brexit saga. The channel received its record audience of 2.6 million adults in one week, as people tuned in to witness a vote on MPs forcing the prime minister to request a negotiating extension from Brussels.

UK PM Boris Johnson says he "strongly disagrees" with #SupremeCourt's ruling that suspending Parliament was unlawful, but the government will "respect" it

But away from the drama in Westminster, the uncertainty is having seriously worrying ramifications.

In the summer, the Office of National Statistics’ latest figures on the state of the UK economy showed that GDP shrank by 0.2 per cent in the second quarter of 2019 – the first contraction since 2012. If this is repeated in the third quarter – results are due on 30 September – then the country will be in a technical recession. Of course, this will affect businesses up and down the country.

For small businesses, there is little relief from the uncertainty. Earlier this month, business minister Andrea Leadsom earmarked a £10m “Brexit readiness fund” for companies large and small in the UK. To supplement this, “advice packs” are available to ensure businesses are prepared for the Halloween Brexit deadline, Leadsom’s department insists.

Before Brexit, most seasoned politicos at Westminster would confidently predict the prime minister’s next steps, the result of a major poll, or the outcome of a critical vote in the House of Commons. Now, they respond with a bewildered expression as to what could happen in just several days’ time. The sources they speak to in government are none the wiser.

So, there is only so much small businesses can learn from “advice packs” when the government itself is unsure of the eventual outcome of Brexit. Unfortunately, the current phase of uncertainty is likely to prevail until at least 19 October – the deadline under the Benn Bill for the prime minister to reach a deal with the EU.

If MPs at Westminster are united on one thing, however, it’s that the UK is heading for an early general election, regardless of the Brexit outcome. As with everything else, the timing is uncertain, but the prime minister no longer has control of the Commons chamber, with a majority of minus forty-three. The parliamentary arithmetic that haunted Theresa May’s beleaguered premiership looks appealing right now.

Even if Johnson does manage to defy expectations and pull off a deal with the EU in the coming weeks, which is acceptable to MPs, an election is likely to follow. As one cabinet minister highlighted to me recently, if Brexit is delivered, Johnson still faces the issue of not being able the pass any radical domestic policies through parliament.

Due to the Fixed Term Parliaments Act (FTPA) – a piece of legislation devised at the start of the 2010 coalition – there are five-year gaps between elections in the UK. But the act contains two loopholes: either the prime minister can table a motion under the FTPA, calling for an early election and win a two-thirds majority. Or, the opposition can table a motion of no confidence in the government and win a simple majority.

Johnson was denied the two-thirds majority on two occasions before suspending parliament, but if he does end up agreeing an extension to the Brexit negotiating period, Labour and the Liberal Democrats have made clear they will not deny the public an election if a no-deal exit from the EU is firmly off the table.

An election could solve the uncertainty at Westminster. It could provide one political party with a majority in the Commons to implement their election manifesto, giving clarity to businesses around the UK. But the gamble could also backfire: it could result in yet another hung parliament, and even greater uncertainty. In this event, the only thing you can guarantee is more flowcharts on the political pages of British newspapers.