Brexit: Where are we now? 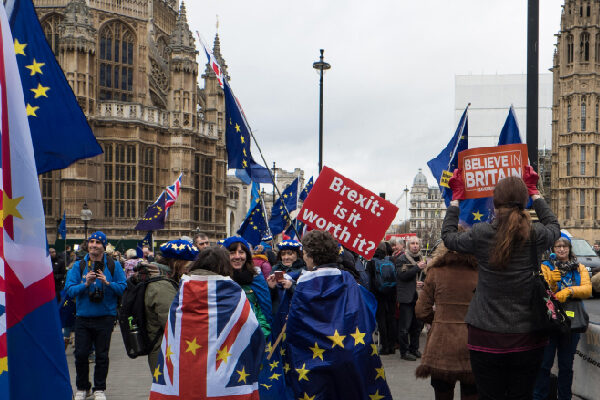 After pulling her Brexit deal away from MPs before Christmas for fear they would tear it apart, Theresa May bowed to the inevitable this month. And the House of Commons did not show any mercy. The evisceration it dealt is now destined to go down in history as one of the worst parliamentary rejections ever suffered by a Prime Minister.

Mrs May has taken plenty of knocks during the Brexit process. Despite her reputation as Downing Street’s answer to the Terminator in her endurance, some MPs felt a blow of this scale should have been impossible to recover from. But she dashed their hopes by signalling, in effect, that she would fight on. Jeremy Corbyn had been under pressure before then to call a motion of no confidence in her government. It had become a sort of virility test. So, she stole his thunder by daring him to push it.

Such an invitation meant the Labour leader had little choice but to step up to the plate. But his decision meant that Tory MPs – who had broken apart over their party leader’s Brexit deal – reunited to keep their traditional common enemy at bay. If they were in any doubt who to focus their fire on, Michael Gove’s barnstorming speech in the chamber tearing into the Labour leader served to remind them. Her survival was not a surprise. After all, she would not have dared Mr Corbyn to call a vote that she feared might be lost.

These moments of high drama were punctuated by comparatively mundane debates. After 430 MPs marched through the lobbies to defeat Mrs May’s deal, a few stayed behind afterwards to debate local rail services. Just before the no confidence debate, MPs tackled the issue of low-level letter boxes (a bugbear among campaigners).

They, unlike Brexit, inspired a cross-party alliance, as MPs across the chamber demanded action to save themselves future back pain from constantly stooping down to deliver leaflets. One might wonder if their push had come just in time for an imminent election campaign.

The demise of Mrs May’s deal has left her with two ways forward in her mission to get some sort of agreement through: extract better terms from Brussels, or soften the terms of exit so that even remain-inclined MPs do not mind it passing parliament.

Brexiteers want the Prime Minister to pursue the first option. Andrea Leadsom was first minister out of the blocks, recording a TV interview before the deal had even been rejected to say that fresh concessions from the European Union were needed. But European leaders are refusing to play ball, as they argue that it is impossible to tell what they can give that would satisfy parliament’s competing factions enough to allow it safe passage.They argue that it is up to London, not them, to sort out the current Commons impasse.

So that has left Mrs May to try and work out what sort of deal MPs on the opposing benches would allow. Not an easy task after a no confidence debate in which MPs spent hours knocking seven bells out of each other.

The problem she has encountered is that rival parties are demanding agonising concessions from her, namely a second referendum. Jeremy Corbyn, the party leader who can boast the greatest leverage as leader of the opposition, is exploiting it by refusing to even consider talks unless a no deal Brexit is taken “off the table”. That is an ironic demand to make before starting these talks given that their purpose is to stop that exact scenario by finding a possible deal.

On paper, Mrs May should be able to attract Labour support by moving closer to its preference for a permanent customs union and tying Brexit Britain closer to EU workplace standards. But party leaders are acutely aware that they have to be seen fighting for their supporters.

The Prime Minister has cast herself as the only one who wants to “get on” with the referendum result. But Mr Corbyn and his followers hate the idea of helping a Tory Prime Minister out.

Labour’s remainers yearn for him to demand a second referendum to resolve the stalemate, but the lifelong Eurosceptic continues to stop short, and has carried on pressing for an election instead.

So, is that where this will end up? It depends on how these negotiations go. The legislation ministers want to pass has ground to a halt in the meantime, to protect it from parliamentary sabotage. Mrs May will hope fear of the ticking Article 50 clock will encourage sceptics of her deal to think again and not demand too much from her.

But if they persist, Mrs May could conclude she has no choice but to seek a fresh mandate. At least then campaigners might expect to be safe from wrestling with low-level letter boxes.