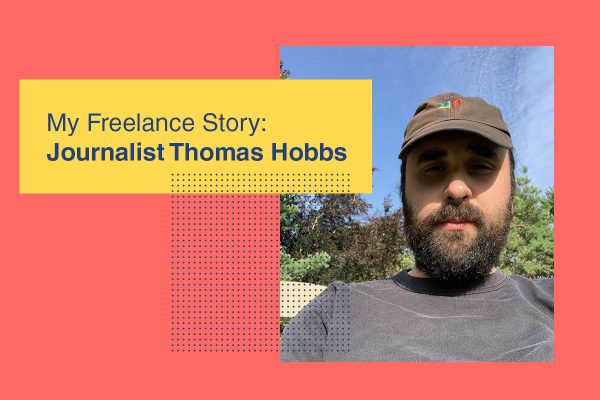 The My Freelance Story interviews are a chance for us to celebrate and share stories from the world of self-employed careers. Get inspiration and advice from a wide range of people who work for themselves, at various stages of their journey. We spoke to freelance journalist Thomas Hobbs about how he has secured bylines for titles including the Financial Times, the Guardian, the BBC, Dazed, VICE, the New Statesman, Billboard, Pitchfork and more, covering a wide range of culture and business subjects.

How long have you been self-employed? What were you doing before?

Officially since the start of 2018. But before that, I balanced being a freelance writer with staff positions at various B2B and trade journals. I’d work a full day breaking new stories about fruit and veg, business drives by Sir Phillip Green (who I interviewed), supermarkets and marketing. And then I went home and worked until midnight on freelance projects centered around dead rock stars and cool chefs, keeping this up for like 4-5 days every week.

I’m sure I almost worked myself into an early grave with this schedule. But managing this routine for three to four years is what ultimately enabled me to quit my staff job (at the end of 2017), and then obviously write full-time about the things I love.  You have to work really hard to establish yourself and build a solid reputation as a freelance culture writer. But it’s worth it in the end, especially when you’re chatting on the phone with one of your heroes.

Why did you choose to become a freelance writer?

It’s always been my dream to write about music, film and culture, and to really try to communicate that organic feeling of being obsessed by a piece of art. I always felt this space was based too much on the views of people from middle-class, privileged backgrounds. So, I wanted to upset the natural order, and try to get people to look at the art or artists I love in a different way.

I was repeatedly dissuaded by teachers and lecturers, who made me think I shouldn’t even bother without a Cambridge or Oxford education. Being someone from a single parent household without swathes of money felt like a weakness, but with time I learned it was a big positive. My experience of education wasn’t the best, and I felt that teachers didn’t offer any support, which is why I now dedicate a lot of my time to mentoring others, particularly from working class backgrounds. I never want someone else to feel they’re an outsider, like I did.

Around 2014, I decided to stop listening to negative voices and started pitching titles. Some of my first big splashes were personal essays on Mr Blobby for VICE, a Danny Brown interview and cover for BEAT, an ongoing series for Time Out where I look at classic London film locations, and an anti-burger feature for the Guardian. From there, I just kept building and building.

Transcribing interviews, listening to new music, sending pitches to editors, writing features, reading other writers and journalists I admire, mentoring young writers via advice and phone calls, playing Zelda or going on walks to unwind, and doing the research required for my articles so they have a solid backbone.

I also try to learn at least five new things every day, pushing myself out of my comfort zone and tapping into fresh experiences and ideas. A journalist I greatly admire told me that the second you stop seeking out new art or experiences, and instead get stuck into a routine of absorbing the same things over and over, is the moment your spirit becomes old and your writing becomes cliched.

It’s probably the best advice anyone has given to me, besides the idea of only competing with yourself and that “comparison is the thief of joy”.

Without trying to sound like a crap motivational post on social media, the only thing that matters ultimately is you, and having a body of work you are proud of. Everything else is usually just noise.

What skills or talents does a good writer tend to have?

Believing unconditionally in your own voice, and being fearless in communicating how something makes you feel.

Don’t write for other writers, but for audiences and editors. If they’re happy, then your piece is more likely to age well.  And try to capture history through well-reported and researched features. You should aim to teach readers something new about the subject but also about themselves.

A good writer should also read a lot and study the craft. If you’re writing a piece on Taylor Swift, you should be driven to explain her music in a way no-one else has achieved until now. And that desire should keep you up at night. 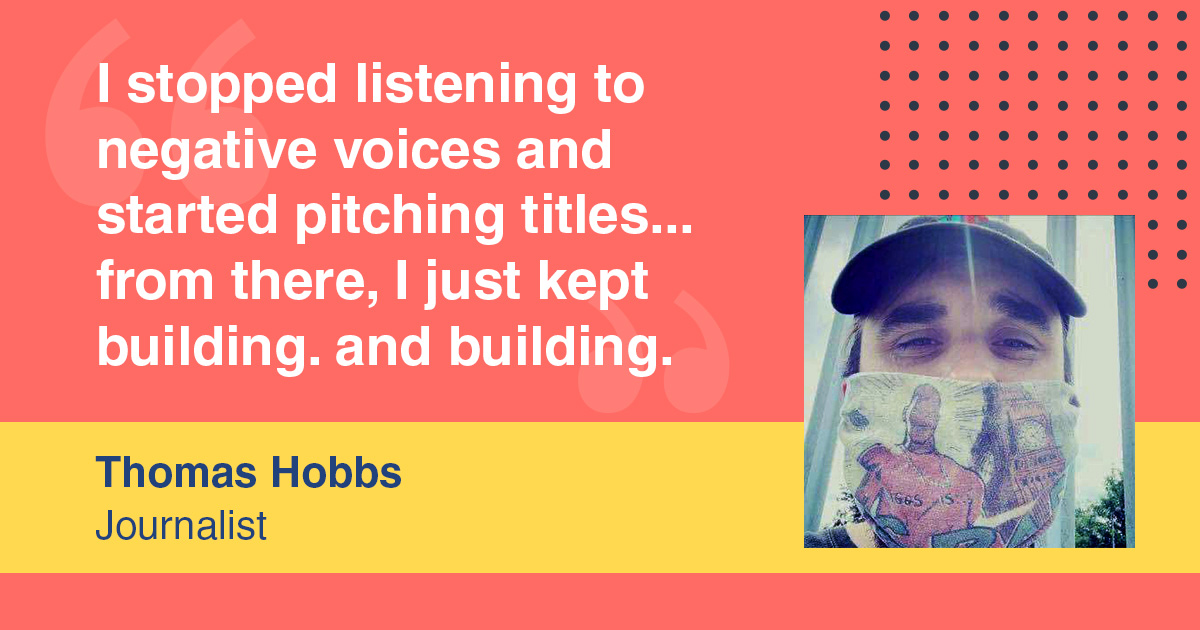 Are there any qualifications required to become a writer? Or any that can help secure more clients or higher rates?

It all comes down to sending out captivating pitches. Having a degree or a post-grad obviously helps, with those who went to elite universities often getting fast-tracked into powerful positions.

But I also think editors are increasingly realising that writers with different experiences (and sometimes no degrees) are also needed right now. So, even if you don’t have a top tier education, it doesn’t matter. What’s important is that your experiences are unique to you and your pitches are original. Find a niche and own it.

How do you tend to find clients? Has that changed over time?

Don’t be afraid to send cold-emails introducing yourself to people and saying you are looking for regular work. Also, don’t be afraid to promote your own work on social media, because, ultimately, who else is going to? Be your own biggest advocate.

If you are producing original features and thought-provoking work, then it is going to funnel through eventually, trust me, and that makes your pitches more likely to be seen. If you can prove you have an expertise on a specific subject, then that can help too, as it means editors will start to associate your name with that particular topic.

What are your favourite freelancing tools and equipment? Is there anything special or unusual about your workspace?

My cat helps. Whenever I get writers’ block, I sit with him in the garden and it zones me out. I would also be lost without the music of Yusef Lateef, Angel Olsen, Frank Ocean, Jessica Pratt and 03 Greedo. When it plays in the background, my mind is sharper.

Where do you prefer to work? Home office, coffee shop, co-working space or somewhere else? With music or background noise, or in silence?

At home. I like privacy and the fast pace of a café would annoy me too much.

What advice would you give to someone who wants to become a freelance writer?

Write down 10 titles you want to write for, then give yourself a deadline of 12 months to submit work for all of them. And put this somewhere prominent at your desk, so you’re constantly reminded of your goals.

If you are sending out good ideas that fit a specific publication’s goal, then I promise, you will start working your way down the list.

Also, realise social media is just an echo chamber and writing original stuff is more important than being friends with peers. Use Twitter or Instagram strategically to promote your work, so it leads to more commissions, but don’t get too attached emotionally.

Writing about things that sit outside your comfort zone is also invaluable, and makes you a more well-rounded writer.

How can you see freelancing changing in the future for writers?

The news moves at such a fast rate, it’s hard to predict the next hour. I just hope that we all aim for an environment where writers from non-privileged backgrounds are empowered to find their voice and given the kind of mentorship they deserve.

If everyone passed on the benefits of their knowledge and experience down to someone else just starting out as a freelance writer, then the industry would be in a healthier place. Also, I hope they release a transcription app that actually works!

What’s the best thing about being freelance or self-employed?

The creative freedom. The fact that in any one week I could be working on a piece about suburban Satanists, gangster rap, Jason Vorhees, and a niche Joan Crawford movie from the 1960s.

I also like that I no longer have to answer to a boss, who will tut if I rock into work five minutes after 9. I think everyone works best when they are able to work at their own schedule and pace.

Sometimes offices foster an atmosphere where being seen to show up on time or do menial tasks actually supersedes doing something new and original.

If you want to read the wide body of work Thomas has published (or commission him!), you can take a look at his work portfolio, here. Or check out his latest articles, advice to young writers, and more, by following him on Twitter.

Want to read more inspirational stories from freelancers across a variety of industries and sectors? Try previous interviews;

And whether you’re starting out or an established wordsmith for hire, why not take a look at our guide on how to become a freelance writer? Including the various specialisms available, how much you might earn, and other resources and support available. 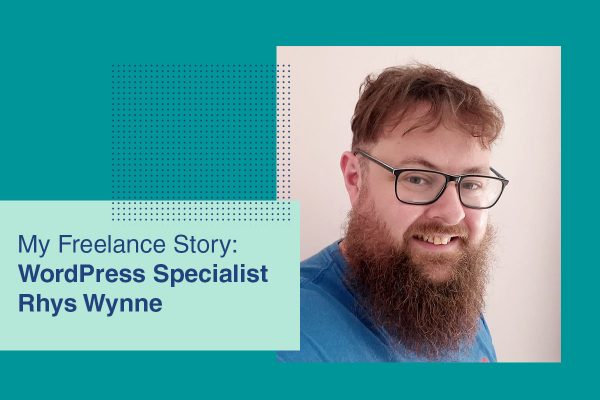 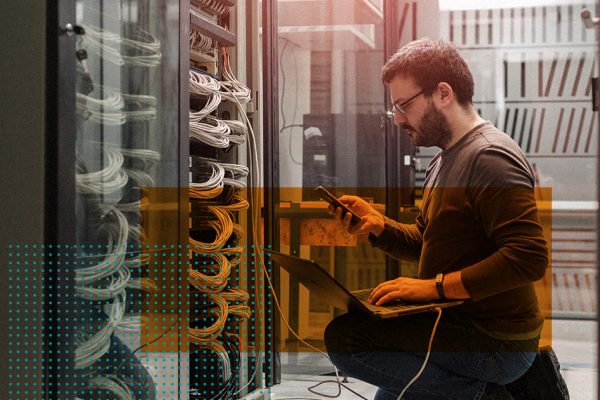 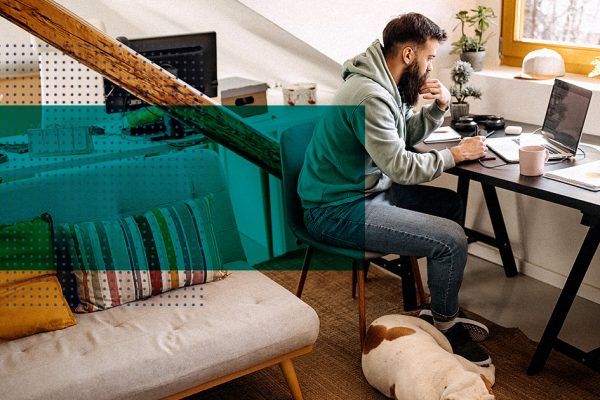